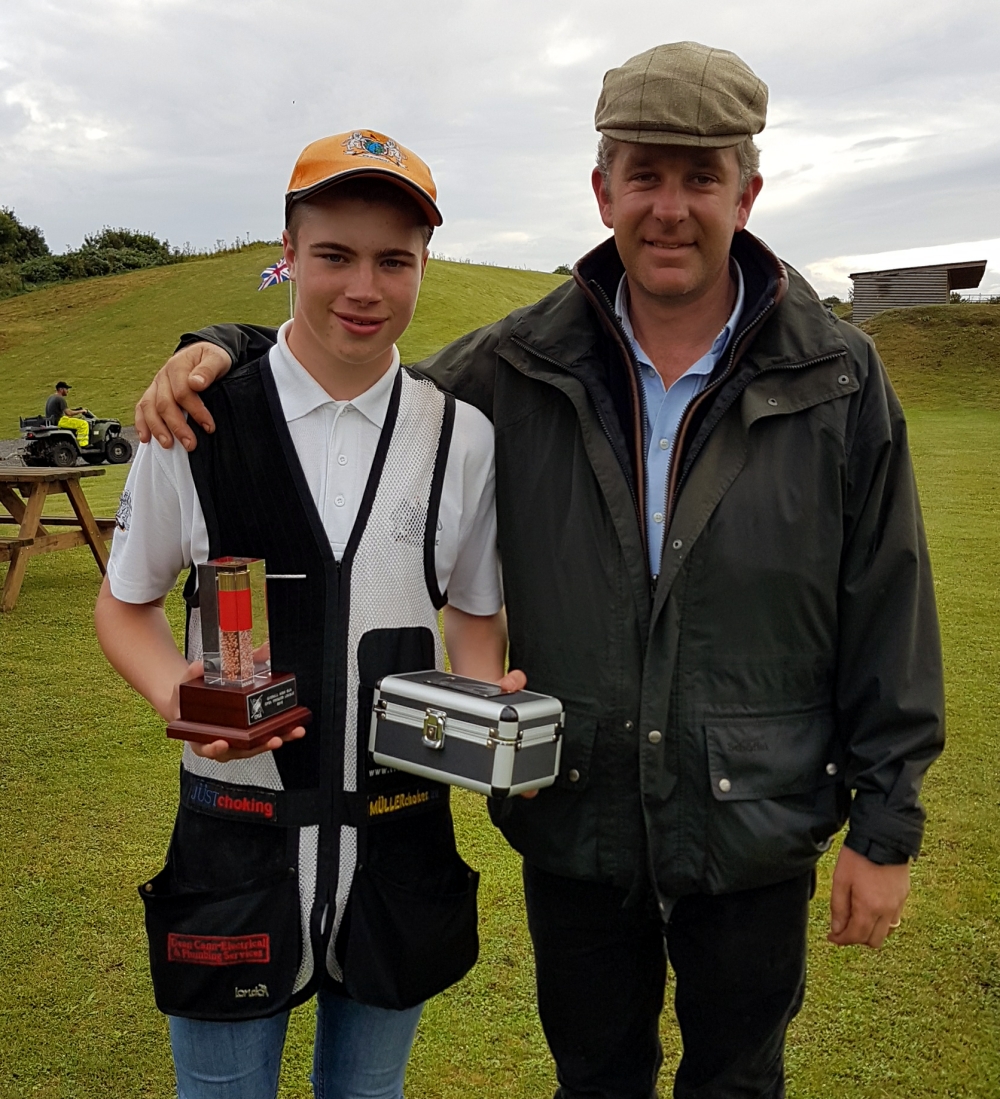 There is certainly no stopping our young Mr Soanes. At the beginning of September, he took on the Clay Pigeon Shooting Association (CPSA) 2016 Premier League. He did fantastically and stormed through to secure overall Series High Gun and furthermore, his team, Barrow Heath, also gained the overall Premier League Champions title too. 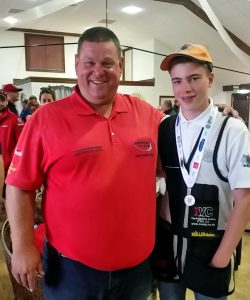 We are beaming with pride to support such a skilled and determined young man. In addition to our sponsorship, as a result of his prowess, Charlie was approached by The Clay Pigeon Pigeon Company (CPC). A renowned and high end manufacturer, CPC fabricate the Laporte range and for this reason, are considered one of the industries finest traps and clay pigeons producers. 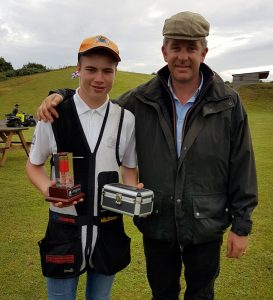 Furthermore, Charlie met both George Digweed and Richard Faulds. They are both huge names within the sport and the pair hold MBE titles. Their careers have spanned decades and many notable achievements. George has won countless National and European titles in addition to being World Champion 26 times! Richard has earned numerous titles over the years. Perhaps his highest achievement was taking Gold at the Sydney 2000 Olympics.

In addition, Clay Shooting magazine ran a feature on the England Selection Shoot at Barbury Shooting Ground. Featured in the article is a picture of Charlie and a short write up towards the end where they state that he is a keen and able shot, who will be one to watch in the future. 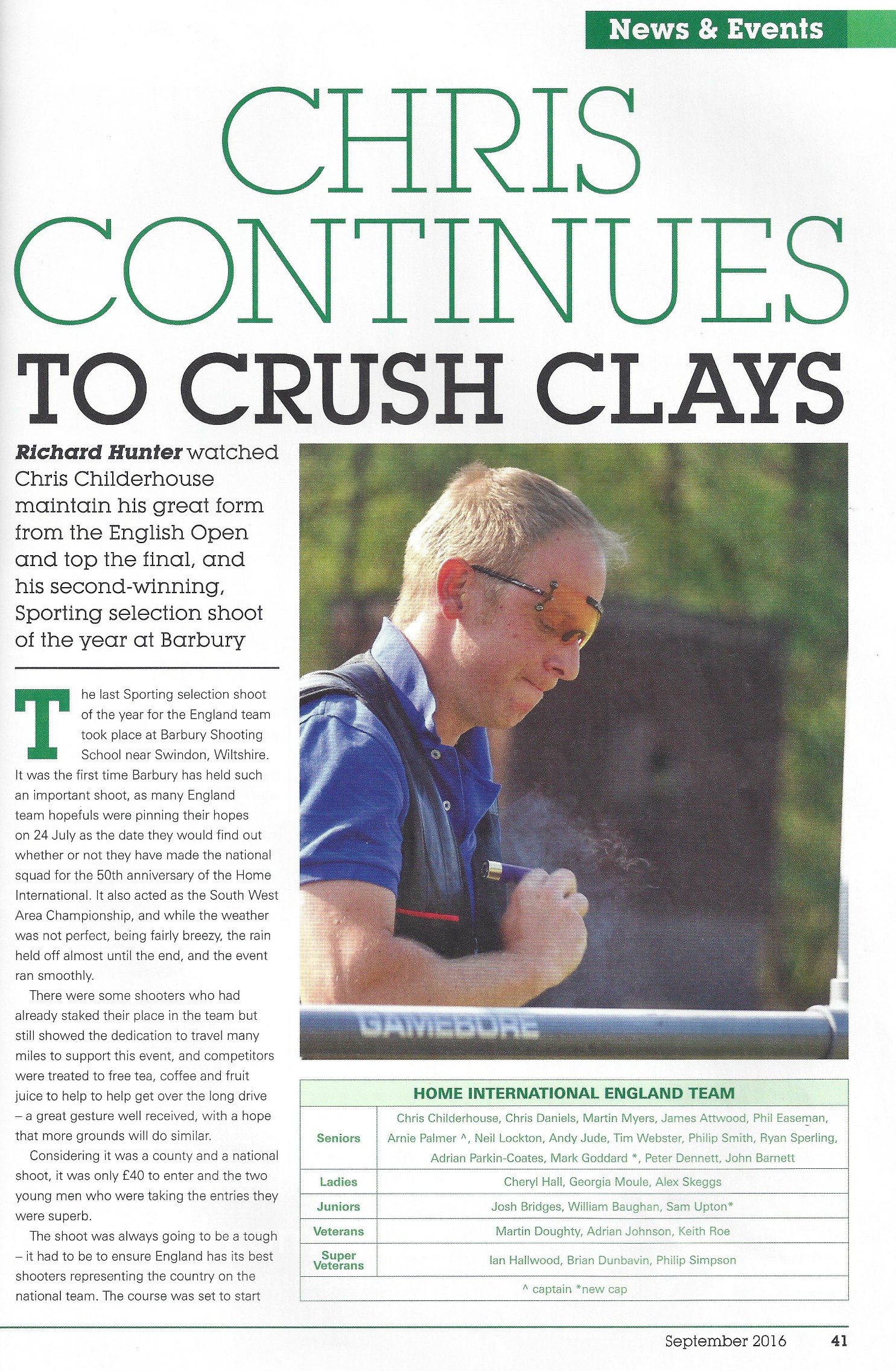 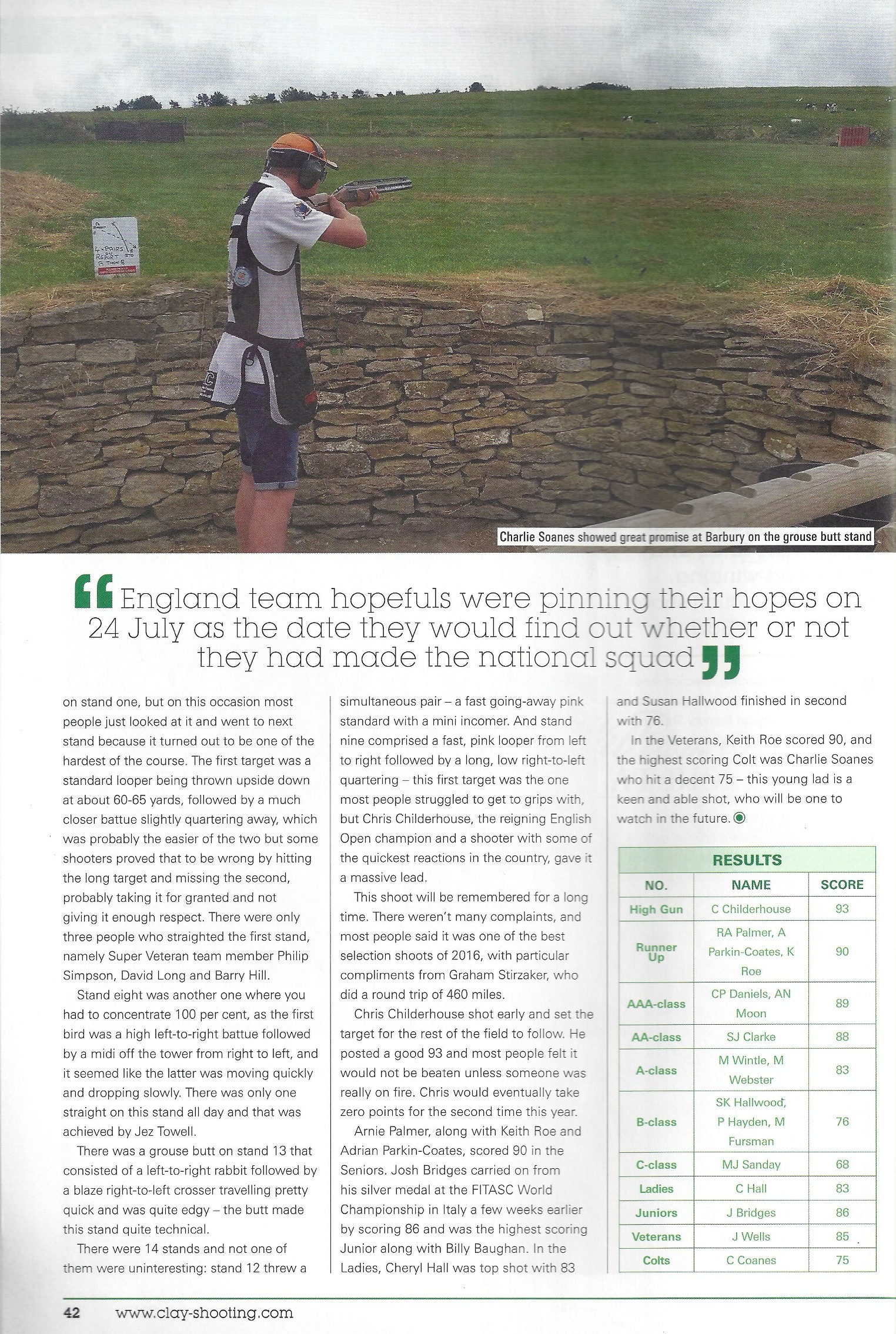 With so much at stake, the coming year will be tough for Charlie but his dedication to his sport will go a long way to achieving his dream.