Alessandro Volta: The Age of Electricity

What is a volt? ‘It measures the potential energy of an electric field to cause an electric current in an electrical conductor’.  So that’s made that so much clearer!  It’s the possible amount of electricity that could flow if it were allowed to flow freely.  Confused still?

The best way to explain it is visually with the classic water analogy of electromotive force and electric potential (see above).

So, what is a volt and why was it so important?  Back in 1791 Alessandro Volta, an Italian physicist, had doubts about the announcement of his friend, Luigi Galvani.  Galvani believed he has discovered a new form of electricity could be found in animals, an ‘animal electricity’.  Galvani had come to this conclusion after two different metals contacting with a frog muscle caused an electrical current.  Volta was not convinced.  He believed the frog was merely conducting a current that flowed between the two metals, a ‘metallic electricity’, so he set about proving it.  In 1792, he found that the animal tissues were not needed to produce a current, as long as there was a conductive liquid, e.g. brine, the metals would produce an electric effect – a Voltaic Effect.  There was much controversy surrounding this statement but he finally laid them to rest with the first electric battery in 1800, the Voltaic Pile. 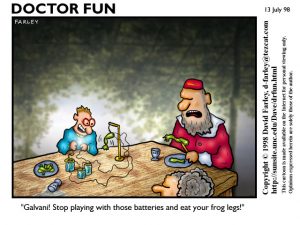 Cartoon of Galvani and his frogs legs (with a touch of poetic licence
given that he didn’t have a ‘battery’ until Volta invented it!)

Volta was a keen physicist even from an early age and published his first paper when he was 18.  His fascination mostly lay within the study of electricity and when he was 24 he published ‘On the Attractive Force of the Electric Fire, and on the Phenomena Dependent On It’.  He continued to experiment and developed a device called an ‘electrophorus machine’ which generated electricity by friction.  It was made of a circular metal stamp with an insulated handle and sat on top of a disc of resin.  Volta would rub the resin disc with cat’s fur and the friction would produce electricity.  Rubbing the resin produces an excess of negative charges within it.  When the electrically neutral metal stamp was moved close to the resin, the stamps’ positive charges would be attracted to the negative resin charges and would collect on the resin-facing side of the stamp.  The negative charges in the stamp would repel to the upper side.  The stamp would be positively charged when removed from the resin and if a grounded rod was bought into contact with the stamp, the flow of electric current could be seen in the form of a spark and the negative charges drain away to restore the balance in the balance of charges.  The difference between these charges is known as potential difference and the higher the stamp is from the cake, the greater the difference.

After deciding to prove Galvani’s theory wrong, Volta set about painstakingly testing all known combinations of metals explore their properties and, as there was nothing to measure the electric charge; he tested them on his own tongue!  He would have a bitter taste in his mouth and possibly a shock depending on the tested metal’s properties.  He recorded his findings in a table according to the strength of the electrical reaction and his testing also showed that liquids and bodily fluids were conductors too.

He constructed a column using a piece of salt-water soaked leather to separate alternative disks of zinc and copper which were supported by vertical glass rods.  When he connected the ends of the pile with a wire and his hand, electric current flowed thus creating a simple and, importantly, reliable battery.

So what’s going on inside the Voltaic Pile?  A battery converts chemical energy into electrical energy.  In modern batteries, two chambers are separated by a porous membrane.  The chemical reaction between these metals is what produces the battery’s electrical energy.  Positive charge (protons) are given off by the zinc into the solution, the ensuing deficiency creating a negative charge (electrons).  The copper’s reaction is similar but not on such a grand scale, fewer protons are released into the liquid conductor.  When connected with a wire the surplus negative charge travels along the wire from the zinc to the copper electrode.  Volta used different numbers of discs in his piles to study how the electric flow changed.  The more discs, the more violent the reaction; twenty discs produced a painful electric shock!  While the chemical process does not last long, the Voltaic Pile was the first device able to produce a sustained electric current for any length of time and it was crucial to the exploration of electricity. 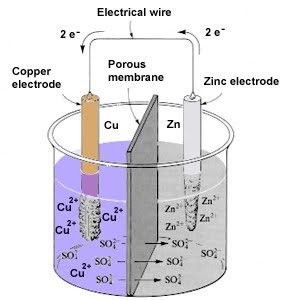 The Chemical Processes of a Wet Cell Battery

It was immediately seen as an incredibly useful invention and due to his discovery, barely two months later, the field of electrochemistry was born as English scientists William Nicholson and Anthony Carlisle used the Voltaic Pile to decompose water into hydrogen and oxygen and discovered electrolysis, the chemical reactions caused by electric current.

The Royal Society, London, awarded Volta the Copley Medal.  Before the Nobel Prize, this was probably the highest scientific accolade and of much prestige.  In 1881, Palais de l’Industrie, in Paris hosted the first International Electrical Congress.  Whilst many innovations were being exhibited, e.g. the electric tram and electrical lighting systems, its main purpose was to standardise electrical units and they honoured Volta with a unit of measurement – the Volt. 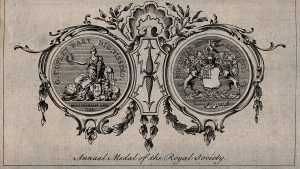 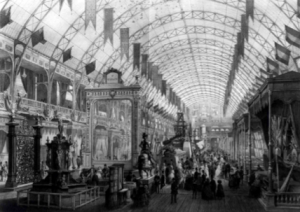 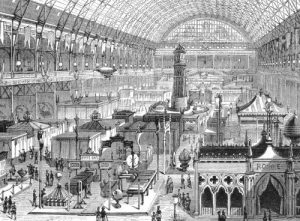 So, where does this leave us with the volt? It’s the electromotive force (EMF) which drives the current and we’re so used to it in our modern life that very few of us bother to understand it and we take the things made possible from it, for granted.  Volta gave us the Age of Electricity and we use multiple batteries everyday with little concept of a time when we did not have them.  Batteries may have developed over time but one thing still remains the same – the chemical processes exhaust and the battery is redundant.  Investigations are now underway into producing higher performance batteries, ones which use organic compounds, are of higher energy density, are absolutely leak-proof and can biodegrade.  Aluminium-soaked plastic coatings are being tested which allow batteries to take on the various different forms so that we can integrate them into our ever diverse electrically powered products.  Despite these developments, the principles are the same as the original Voltaic Pile. 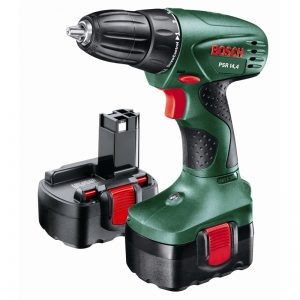 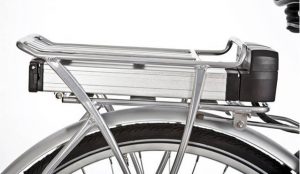