Since 2009, TVC has been developing and manufacturing bespoke Laser, Video and ECT inspection Systems to client requirements. So far, equipment has been tailored to provide inspection in key areas in pipe welding for the Pipe Manufacturing and Pipeline Welding industries.

The systems can be comprised of Video, Eddy Current and Laser components to inspect pipe internals. 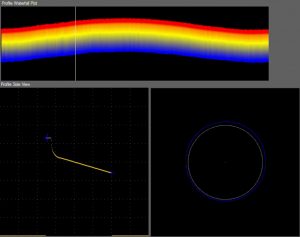 The camera buggy is a self-contained, battery powered unit controlled by computer via Wi-Fi. The camera buggy moves along the inside of a pipe by contracting and extruding its main body. “Feet” (mobility actuators) retract and extrude to grip the pipe wall. The buggy camera has full motion range. The operator can pan and tilt the camera to better inspect the pipe.

The camera has two modes of operation:

Manual: Operator control for all movement of the buggy and camera.
Automatic: Buggy moves automatically down the pipe. During each forward movement, the camera head rotates 360° allowing a full interior inspection of the pipe

The DinsearchTM is a semi-automatic measuring system. The eddy current probe, located in a holster, is driven out and down the length of pipe being inspected.

Data processing, recording and display take place in the computer system to produce a screen trace:

The lift-off at the missed run is greater and the lift-off signal less.

The lift-off is less and the signal is greater.

The large signals on the left-hand side of the traces are from the edges of the reference block and the start of the pipe.
The signals are an indication of the presence of surface irregularities, generally, it is not possible to calibrate to read the size of the irregularity.

The carriage that goes down the pipe can carry several eddy current heads, typically four for cladding thickness and two for surface irregularities.

The result is a set of traces: 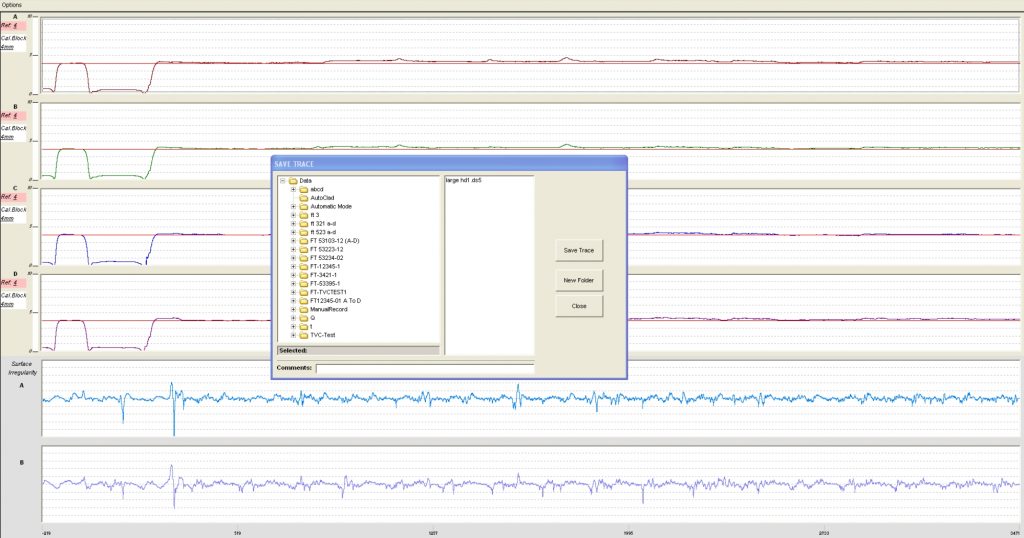 To request a quotation, visit our product page or email Sales.