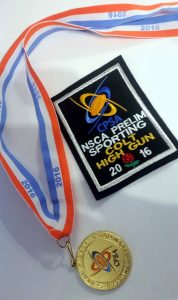 We had the chance to speak with Charlie this week and to ask him some questions about his background, aspirations and advice for youngsters starting out in shooting.

Charlie attends Ormiston Venture Academy and he told us that they are very supportive of his extracurricular activities, allowing him odd-days here and there if his shooting competitions overlap with the school week and are always interested in how he’s done. Although Charlie doesn’t shoot every evening, usually around 2 – 3 times a month he will have a training session with Philip Thorrold Shooting Academy, he does find the balance of school work and shooting can be quite difficult to manage as he has to ensure his studies are complete during the week so his weekends are free. Whilst he enjoys hanging out with his mates and playing football with them, he doesn’t feel that he’s missing out by spending his weekends at shoots; he just says he simply prefers to be shooting. 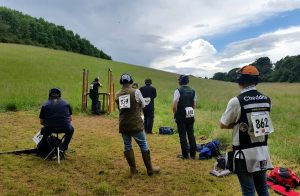 He doesn’t have much history in the sport as such, his dad used to go pheasant shooting and took Charlie along with him when he was a young lad. His dad suggested trying clay shooting and this took Charlie on the first steps of his career. He doesn’t have a particular hero in the sport but does admire a few of his peers and likes to watch them shoot but when it comes to rivalries, Charlie and his fellow participants have a very mature attitude – they know they are in direct competition with each other but remain courteous and speak with each other throughout. 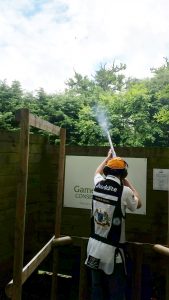 Every week Charlie is beating his personal best and is currently shooting 89/100. He says a top class shot should be able to get all his targets but around the mid-90’s is more the usual and this is what he is aiming towards. As we’ve mentioned before, Charlie was approached by the England Shooting Team manager and has decided to try out at the squad selection shoots this year. Charlie wants to gain experience at these so he can confidently try out for the shoots properly next year – although we think he might surprise himself this year to be honest! 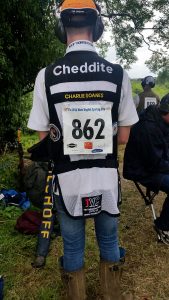 In many sports, diet and exercise can be a key factor and whilst being fit and healthy will be an advantage, this is not so important when it comes to shooting. Charlie does make sure he keeps sugar to a minimum before shoots and will only take water around with him during the event to keep himself properly hydrated. When asked what two things he does during training which help with his success his answer was practice, practice and practice – just shoot the target over and over again! He also said that learning to stay focused was important as there are a lot of clays released over a short period of time so you need to keep that concentration and this comes with practice.

A typical shoot day will start early; with the closest ground about 45 minutes away, he needs to be on the road to travel to his events very early. Once he’s arrived, he books in and gets his shoot card for the event. He then sorts his equipment and just gets ready to go for it. He mentioned that he tends to talk a lot, obviously not loud enough to affect other shooters, but he finds it distracts him from his nervousness and he won’t spend the time worrying about his own shots. 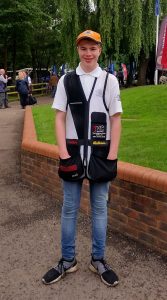 Charlie can put a lot of pressure on himself, especially on what could be considered an easier target, because he feels that he should be able to and is expected to get the shot than perhaps a more difficult one. If he does mess up a round, he finds it difficult to let go and it will therefore affecting his shooting in later rounds. He has said this is something he needs to work on, to learn to let go of that frustration and move forward.

If you’re looking to take up shooting, Charlie has these words of advice for you: always try your hardest, you’re bound to improve with the more effort you put in – just never give up!