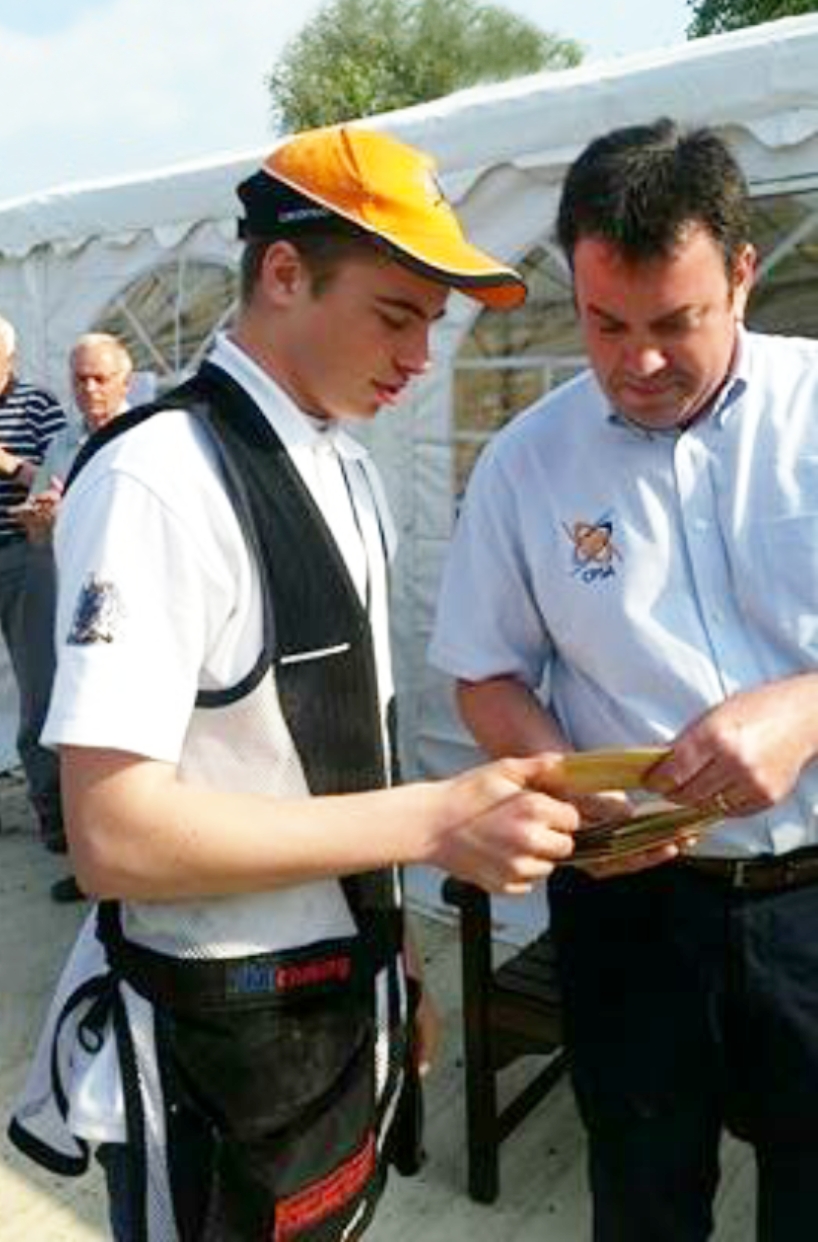 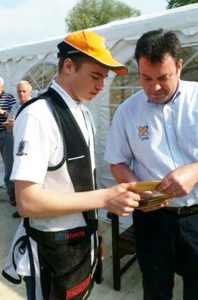 You know you’ve got talent when senior members of the England Shooting Team encourage their manager to see you shoot. Even more so when the team manager approaches you afterwards and encourages you to try out for the England Team Selection Shoots! Charlie is looking into shooting in the remaining ones, just the experience will be beneficial for him but he really does have something about him and his shooting that it could also be the start of a winning career for him with the England Team.

Over the past few weeks, Charlie has shot in the English Open Sporting and came in 2nd in the Colt class (juniors) and 7th in the C class (with adult shooters). He also came in 2nd at a normal registered shoot at Barrow Heath Shooting Ground. Then at the East Midlands Skeet Championship he came 2nd in the C class and 3rd in the Juniors, winning a Bronze medal!

The Premier League shoots are also underway and at the halfway mark, the 4th shoot last weekend, Charlie was High Gun and also won the C class. The event ends in September and Charlie is currently in 2nd place, just 3 targets off the top spot! He is also 31 targets clear in the Colts class and 32 targets clear in the C class so he’s looking good for a top end finish.

To top off a spectacular few weeks, he was crowned Norfolk Junior Skeet Champion again at the Counties Championship held at Eriswell Gun Club. This is his second time holding this title, he first bought this home in 2014. 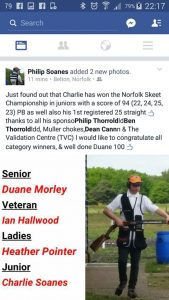 This enigmatic youngster is going from strength to strength and we’re proud to be sponsoring such a local-born talent.