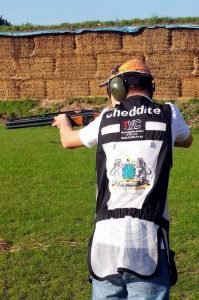 Charlie at the Inter Country Skeet in September 2015

There’s just no stopping Charlie Soanes at the moment; we’ve been incredibly impressed with his determination and dedication to his shooting and he’s smashing his personal best nearly every week it seems! Whereas most youngsters are hanging out with their mates or spending their weekends on a Netflix marathon, Charlie is out at the crack of dawn, travelling to competitions around the country and putting in hour upon hour of training to be the best.

Charlie usually wins when competing against his own class but he tends to enter into the adult classes to give him experience of harder competition, helping to improve his focus and accuracy. He pushes himself hard in these competitions and usually wins or at the very least comes second against the adults and more accomplished shooters.

Even just within a month, Charlie’s exceeding his averages – in December last year he had an average of 78.8% over 6 shoots which is astounding in itself but already this year he’s increased that to an incredible 81.5%! This average puts him up with the top colts in the country. His academy believes he will be one of the top 5 colts this year, if he isn’t there already, and with personal bests of 87 out of 100, we think so too. 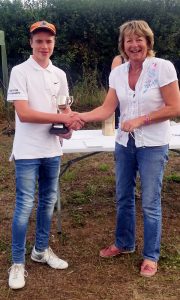 Charlie with his trophy after winning the Brian Cross Memorial Shoot

So far this year Charlie has already been to Brighton and won his class. It was his first shoot at the Southdown shoot so it made taking home the winnings of £150 that little bit sweeter! This year Charlie is participating in many events, some of which are major competitions. April sees him battling a 200 bird competition at the Essex Masters and May will be an incredibly busy month for him – he’s shooting at the English Open at Hodnet shooting ground, the English Skeet Championship at Northampton Shooting Ground. June brings the Clay Shooting Classic at High Lodge, Darsham & The “World Sporting Championship”, near High Wycombe, and July the Jack Pyke Open at Sporting Targets Shooting Ground in Bedfordshire. He will then travel to Derbyshire to take part in the British Skeet Championship at Doveridge Clay Centre. The last major event is in September, the British Sporting Championship, again at High Lodge, however, there are many other tournaments so we’re sure if Charlie can fit them in, he’ll be attending! 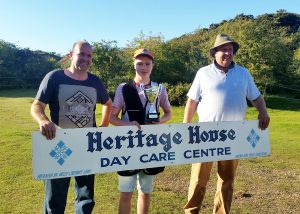 Keep an eye out for our next issue; we’re sending Michelle off to get some shooting practice with Charlie on one of his training days so we’ll let you know how she gets on.